Being yourself - and not worrying about what others think of you

It's about self-respect - valuing yourself 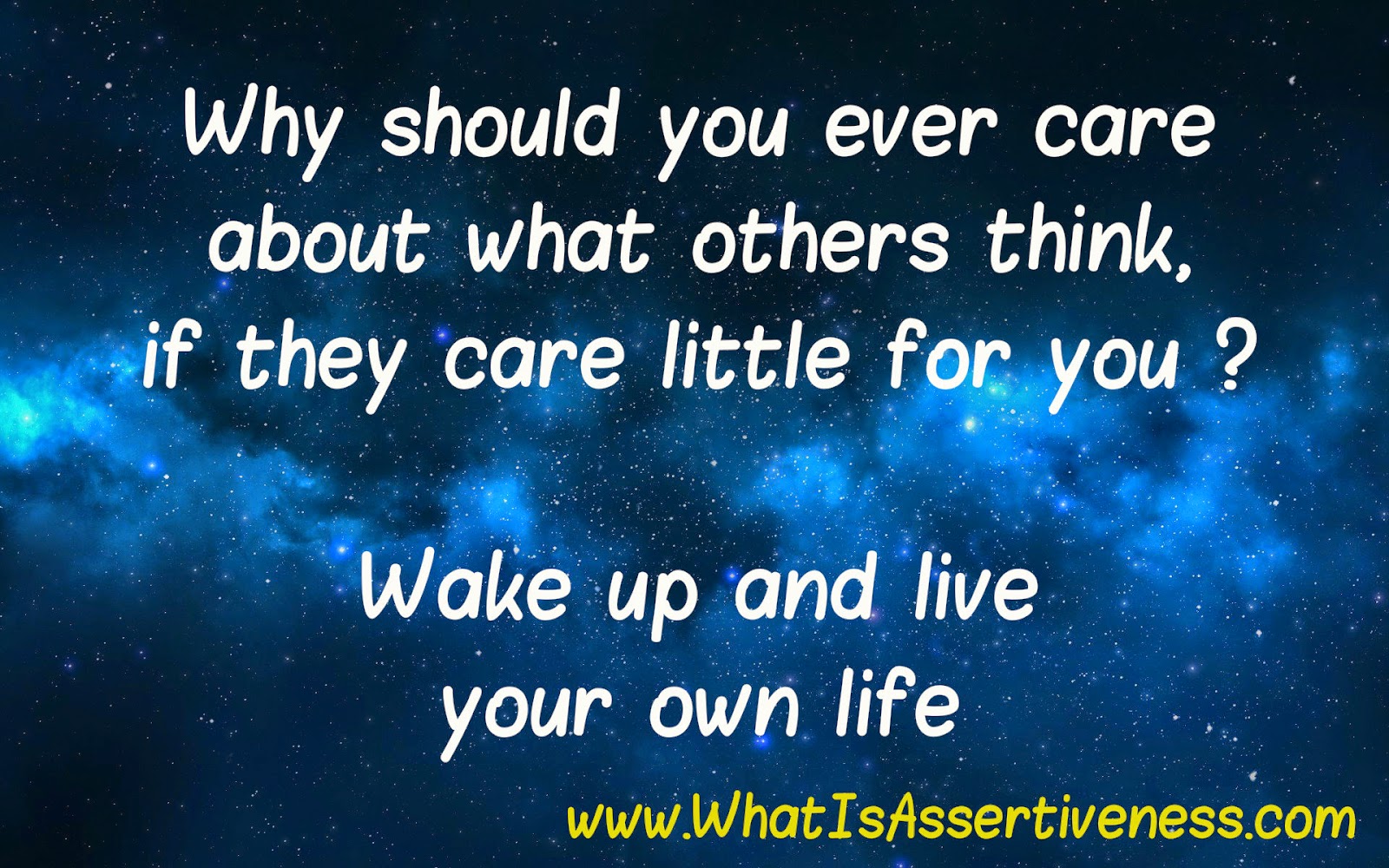 Hey, I don't know about you - but sometimes I find myself becoming just a little bit envious of those people who always seem so cool and confident in any situation ....... They say what they think and do what they want - without any fear or anxiety about what others might think of them.

I'm not talking about those people who are rude and thoughtless - and say insulting things to others, and don't give a crap about whether they've upset or offended others. Not the people who put others down and make snide, sneering comments in a feeble attempt to hide their own insecurities.

No, I mean those people who seem to know what they stand for. They show respect and courtesy for others, as long as this is deserved. But they have such a strong sense of inner self-respect that they won't be easily swayed by someone else saying something critical or negative to them. They don't go with the group  just because everyone else is saying it or doing it ...... instead they do what they think is the right thing, even though it doesn't seem the popular thing to do at the time.

Their sense of self-worth, how they feel about themselves, isn't defined by what other people say about them. Yeah - these people just seem to walk tall, and that's got nothin' to do with their height.

The freedom to be "different" 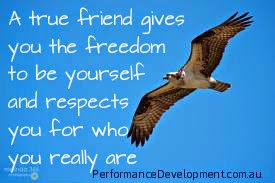 Any attempt at peer group pressure with these people is like "water off a ducks back". They don't have any fear or anxiety about whether other people think they are nerdy or freaky - they just seem happy being who they are. They don't try to be fashionable in order to gain acceptance - but neither do they feel any need to oppose what might be fashionable

Funny thing is, once one person voices a different opinion in a group, or adopts a different style from the rest, it's not long before at least a few others start doing the same thing.  And have you ever noticed how sometimes these "individuals" end up becoming the trend-setters   ...... although that this is not something they seek or desire.

You might say to them "Gees, you're not wearing that to the party are you?" and they'll just look calmly back at you and smile in a completely non-fussed sort of way, and reply "Yep, I like it". These are the people who really have developed the inner freedom to "dance like no-one's watching" 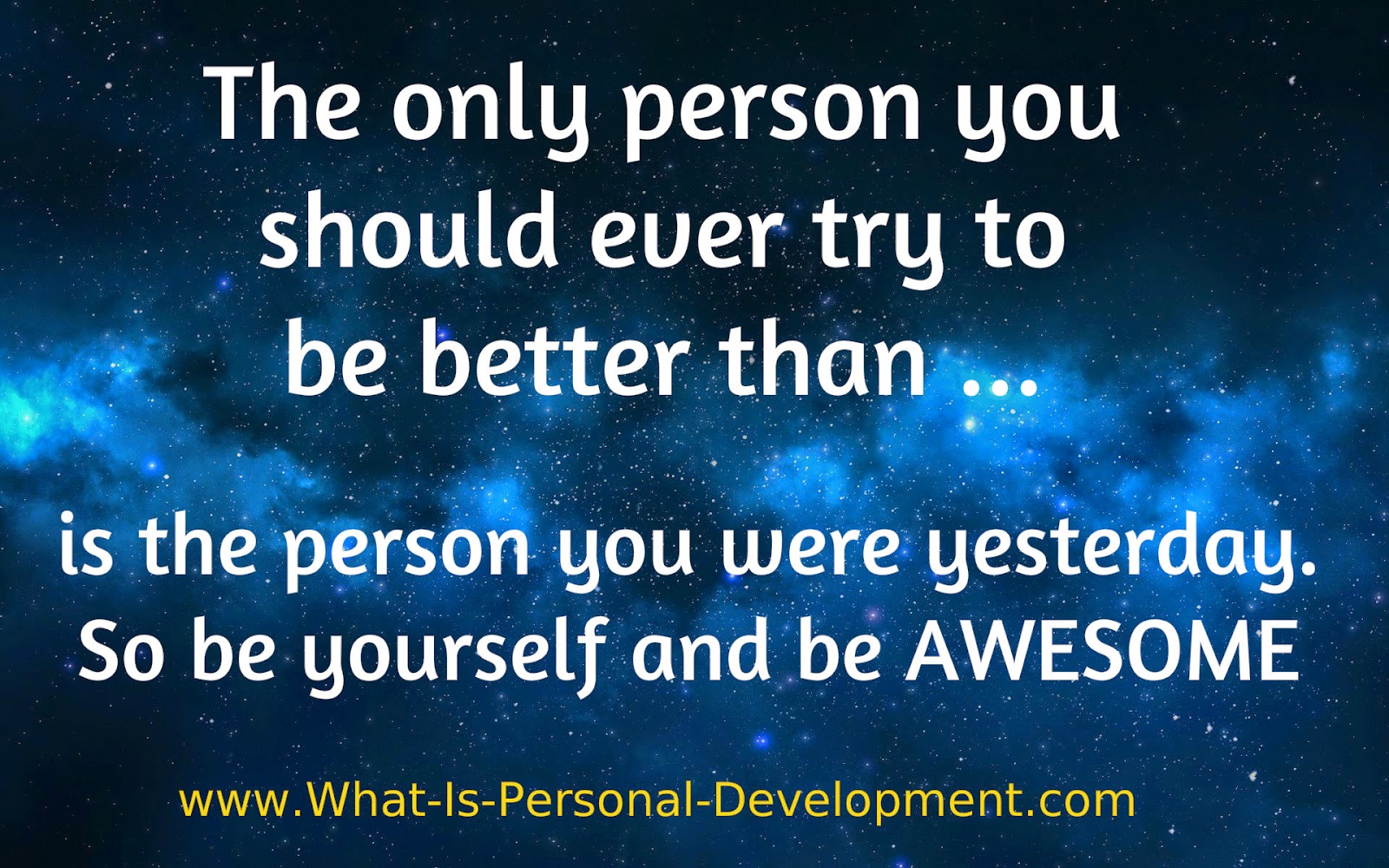 They have learned to trust their own feelings and instincts. Now that's not to say that they won't listen to others. Of course they do .... because they recognise their own limitations - and they also have enough humility to accept  that sometimes other people will have more knowledge and experience than they do/ And they're not too proud to admit that....... They're not scared to admit to what they don't know, nor are they afraid to ask other people for ideas or suggestions. But then they make up their own mind.

They make their own decisions....... And they take responsibility for their choices, if things don't completely work out. But the other thing that I notice is they don't beat themselves up if they make a mistake. They learn and then they move on from it.

Yeah, some people have really got their act together, all right.

Me? ....... well, personal development is all still very much a work in progress. But I'm slowly getting it...... See what you think of the video clip below - I think this guy makes some good points about not caring too much about what others think of you. Otherwise, you'll get nervous worrying about the impression you're making, and then you lose your natural spontaneity.

If you want some simple ideas about how to strengthen those inside feelings of self-worth and liking who you are, take a look at boosting your self-esteem. And another related personal development post is Play to Your Strengths

And finally, one last video on the theme of making choices about what you want for your future ...

Posted by Brian Carroll at 9:16 PM